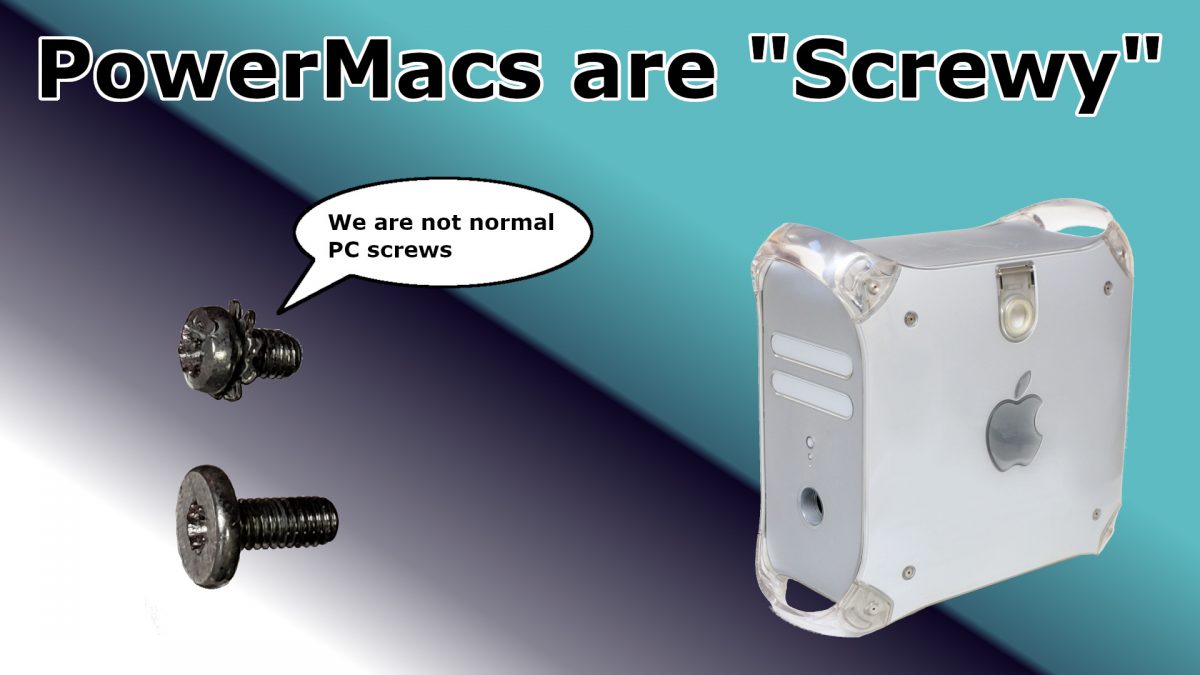 If you’ve ever worked on a G4 or G5 PowerMac, you may have run into the issue of finding replacement screws. Despite looking like standard PC case screws, commonly called #6-32, the screws used by Apple were metric. Being metric wasn’t in itself a bad thing. Your local home improvement store may have carried what you need in their “special hardware” section. But, no, Apple went further and used M3.5 size screws in most of their systems. You didn’t know there was a metric screw size between M3 & M4? Neither did I.

After measuring and a lot of Internet searching, I came up with a list of the most common screws used in my PowerMag G4 Quicksilver system. I have to thank an old discussion thread at Apple’s website for helping figure out what size these screws are.

Where to Find Me